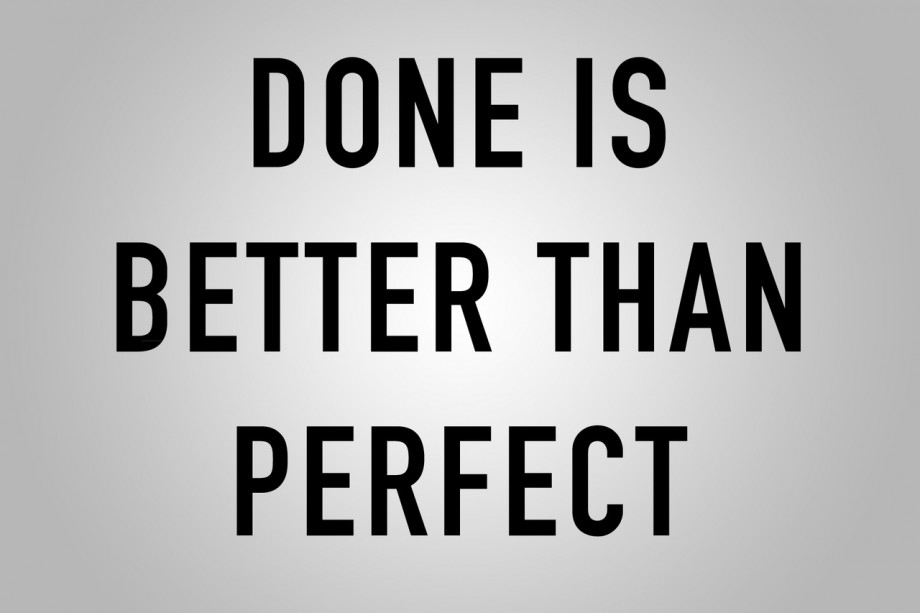 I subscribe to the UX Thought of the Day newsletter from Jared Spool and it’s one of those emails that I actually open, and spend time to read.

Today’s email started to provoke thoughts as soon as I’d finished reading it and so I forwarded the email to my friend Adam. The UX Thought of the Day email was:

In an excerpt from his collaborative article “Developing UX Agility: Letting Go of Perfection,” Chris Farnum says, “When working in an agile context, you want to start development of the most essential features first. Wait to define less critical features until later iterations. At this point, your design should be more like a haiku than an epic poem.”

Limiting scope can be challenging if you’re used to the waterfall approach where you have one chance to document the user interface elements a design should include. But keep in mind that the agile development process works best when you start with simple designs that deliver what users need most. Refinements can always be added later.

Now, having read it for the second time, my brain got into gear. I began to think about the idea of letting go of ‘perfection’ and coupled this with my belief that perfection does NOT exist when it comes to the world wide web.

Why? You may ask.

Having worked as a UX Designer in digital and the web/mobile for the last 12 years, I won’t be the only person to tell you that the speed at which things change is both exciting (read exhilarating) and scary (read insane). Every day, something new happens, something new is released and every day there’s something new to learn.

I’ve always been one to learn new things, not satisfied with just sitting back and being relaxed and comfortable in a job. It’s very easy to do and yet it gets boring very quickly. As crazy as it sounds, even though it is about money (to live), it really isn’t all about the money. If there’s no challenge then I’m not excited about working.

Stifling jobs do exactly that, stifle your career AND you as a person.

The conversation with Adam continued over further emails:

Me: (I’m going to tweet and say) perfection doesn’t exist 🙂

Adam: It doesn’t but we must strive.

Me: You can’t strive for something that doesn’t exist. Facebook’s mantra (from 2010) is “Done is better than perfect“. Perfect doesn’t exist, so the mantra is broken for me? 🙂

Adam: Okay, so instead we strive for “done”?

Me: Where a mantra (as simple) as “Done is better than perfect” falls down and to anyone who isn’t privvy to what ‘done’ means at Facebook is exactly that. It’s all well and good saying “done is better than perfect” to make you and your team sound like you are constantly releasing, pushing out new products – shipping, but if ‘done’ isn’t defined, then how do you know when you’re done? Transparency is key.

If you repeat this over and over, it’s iterative, each time a new goal, with a new definition.

Adam: Agreed. Of course. Been basically banging on about process for 6 months 🙂

Me: Nobody likes a process because it brings out the best and worst in people. It’s easier to hide!

According to an article on Fast Company, the truth about being ‘done is better than perfect’ is:

“Done is better than perfect” is not about coming up with ideas; it’s about believing in them. And having an attitude that compels you to run with the idea before it’s too late.

So, what am I trying to say? Well, here goes:

By striving for a ‘perfect’ solution I feel that we as product builder/designers/developers/marketers are heading for a bar that is too high – one that is out of reach before we’ve even started.

If we define ‘done’ early on, then we can aim for something that is ‘done’ when we reach the natural path of it actually being finished (for now). Plans change, people change and so we adapt. We can set an MVP for a feature, a project, anything – then we’ve reached ‘done’ in a sense.

I’ve worked in places that put the poster of the Facebook mantra on the wall as a way of geeing up staff, getting them to get things ‘out of the door’. Where this failed (for me), was that done was perceived as just getting stuff done, with no care – no fine craft, not much pride, just selling, doing and shifting it out of the door.

Surely we want to take some pride in our craft, take some effort to get the basics right so that when we do strive to make things better we already have great foundations to build on top of? Get things ‘done’ by putting the right foundation down first – then things will become easier.

What do you think? Pop a comment in the box below 🙂

I’m a UX Consultant in London – get in touch about your next big idea.

LIDL vs The Supermarkets

I love to teach and learn from others. I was previously a lead instructor at General Assembly and a Lead Tutor at The Guardian in London, teaching over 400 people from a wide variety of backgrounds to learn about the user experience and blogging.